Is Seeing Each Other Once A Week Enough To Build A Relationship?

How much time you spend together when you first start dating is a hot topic of debate in my friendship group. Even though I appreciate that everyone is different, I'm always in the camp of not seeing each other too much, so you don't fall into a love bubble and get an unrealistic sense of someone. Each option has their pros and cons. I've been told that I seem unavailable or not very interested, while some of my friends have come across as needy. It's a hard balance to strike. So, is there a right answer? Well, licensed clinical psychologist Seth Meyers thinks so. 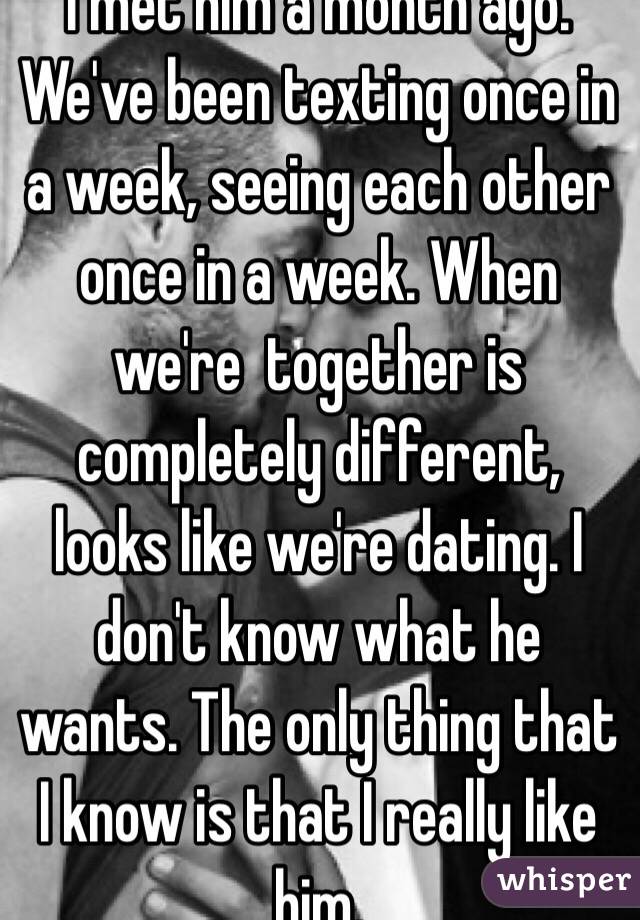 I have primary custody, so often I only have one night per week outside of parenting two nights per week on average. I could do this forever and feel fine about it, but that wouldn't work for a partner who needs more regular contact to feel close or a partner who actually wants to live with someone. Are there any options other than zipcar to get you together more than once a week if that's what you both want?

Does he have a car? 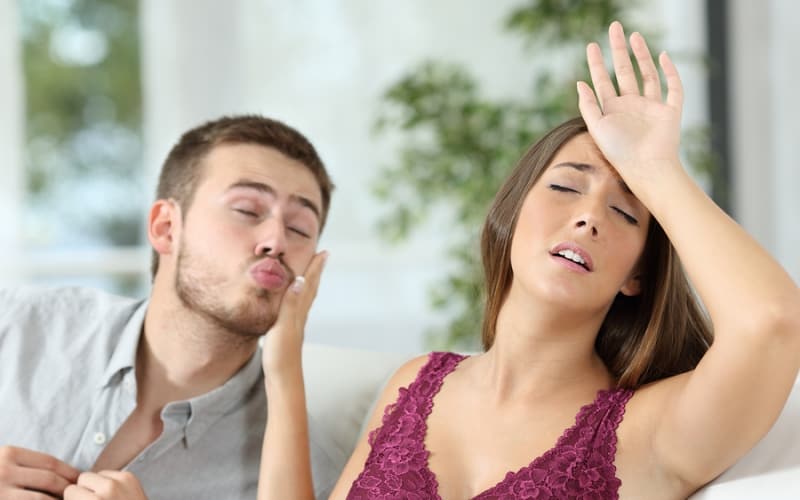 Do you two have the resources to use a service like Lyft? When I first start dating someone I usually only see them once a week.

But I have had some guys tell me that isn't enough. Otherwise it's hard to say. I lived through this. 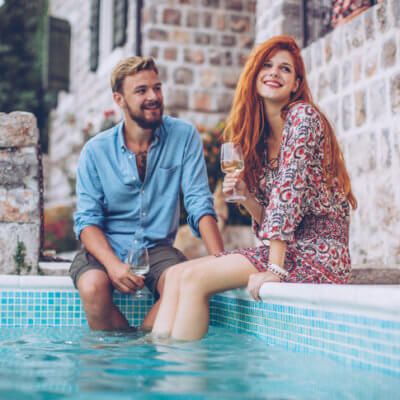 Very similar situation. We dated for 3 years, more of a FWB thing really.

The Once-A-Week Rule May Be Something To Live By it sounds like: you start out seeing each other only once a week, then slowly build up. How To Tell If You're Dating, Seeing Each Other, Or Just Hooking Up Every person-to-person experience is definitely different, but here are some Casual snaps and texts throughout the week definitely bank you a couple. For the past nine weeks I've been seeing someone once a week. By now I was hoping we'd be seeing a lot more of each other but they seem.

It was hard at times and did have an effect on the relationship. It wasn't the reason it ended, but it was hard to see one another during the week or do things suddenly. It honestly put a large strain on the relationship. I wouldn't do it again. My number two criteria for dating someone is that she must be able to make time for me.

I can't stand very busy people, and I'm a big believer in momentum in dating. It's pretty much impossible to get any momentum going when you might not even see every week.

No, I just can't stand very busy people. I like living in the moment, avoiding stress and leaving a lot of unscheduled time for leisure.

From my perspective, being very busy reflects poorly on someone's lifestyle preferences and their attitudes towards life. I kind of understand what you mean. Not sure why you were downvoted.

Me and another member of this sub joked about this. I talked to a lady who workedthen 7pm to 7am. Mon- Fri then on Sat she worked to 7pm to 3Am. I told her w this schedule it will be impossible for you to date. 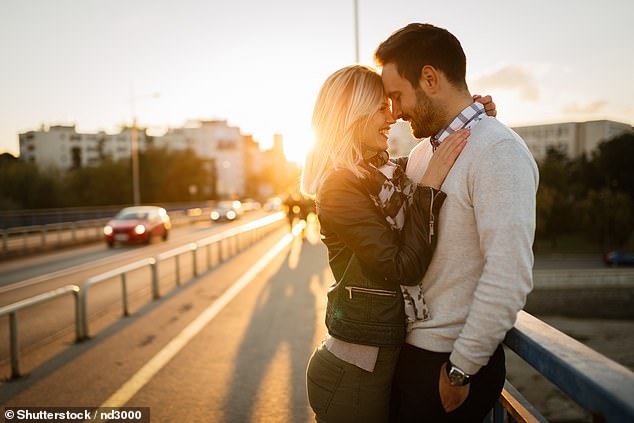 Rule 3 No doxxing or personally identifiable information allowed. Rule 4 Don't be a jerk! This is a safe space for all races, genders, sexual orientations, legal sexual preferences and humanity in general. Any questions about moderator actions must be directed to modmail. Rule 6 Harassment of other users will not be tolerated, both publicly and in private. Rule 7 Don't dehumanize or objectify others. Claiming ignorance of these cults is not an excuse to parrot their ideology. Rule 8 No spam, self-promotion, announcements, recruitment, personals, hookups requests, etc.

Dating and seeing each other once a week

Rule 10 User history must be searchable. Contributing members may use throwaways for sensitive topics but must contact the mods from their main account to have the post approved. Link to our Wiki People who are happily partnered in relationships are also encouraged to participate. Welcome to Reddit, the front page of the internet.

Become a Redditor and join one of thousands of communities. Want to add to the discussion?

Post a comment! Create an account. I feel like you can get very close with once a week dates. And vice versa. We are now engaged. Also, I'd never date someone who lived an hour away. This sub is about dating and the dating aspect of relationships for people near or over the age of Don't be a jerk! Don't dehumanize or objectify others. No spam, self-promotion, announcements, recruitment, personals, hookups requests, etc.

He explains: "To naysayers who say that new lovers should throw caution to the wind and let things flow organically, I would respond by saying that two people who are meant to be together will end up together, regardless of whether they see each other once a week or five times a week.

To be safe, couples would serve themselves well to see each other once a week for the first month, and then increase the frequency with each week after that point.

Most importantly, men and women should not feel anxious or rushed in forging a new relationship. The less anxious they feel, the better chance the relationship has of lasting. It makes a lot of sense.

That spark when you first meet someone who you click with can be totally intoxicating, but you don't want the bond to form too quickly. If you meet someone you like and spend several nights together in the first week, or spend multiple hours with them over the course of several days, you will typically start feeling a sense of intense emotional closeness.

But when you stop to think about it, does it make sense to feel emotionally close to someone you've just met?

The problem with this dynamic is that seeing each other too frequently in the very beginning forges an illusion of intimacy and dependence, even though each person truly knows that it takes months — or even years — to truly get to know someone. You hardly know someone, yet you're developing an emotional dependency on them — that's a scary thought.

And it's not just that you're becoming dependent on them, it's that you're becoming dependent on a particular version of them, the one that you meet when you first start dating. Then you fall for that person, before you learn who they really are. The really worrying part of all this is not just falling for someone, but potentially committing to someone before you actually have gotten to know them.